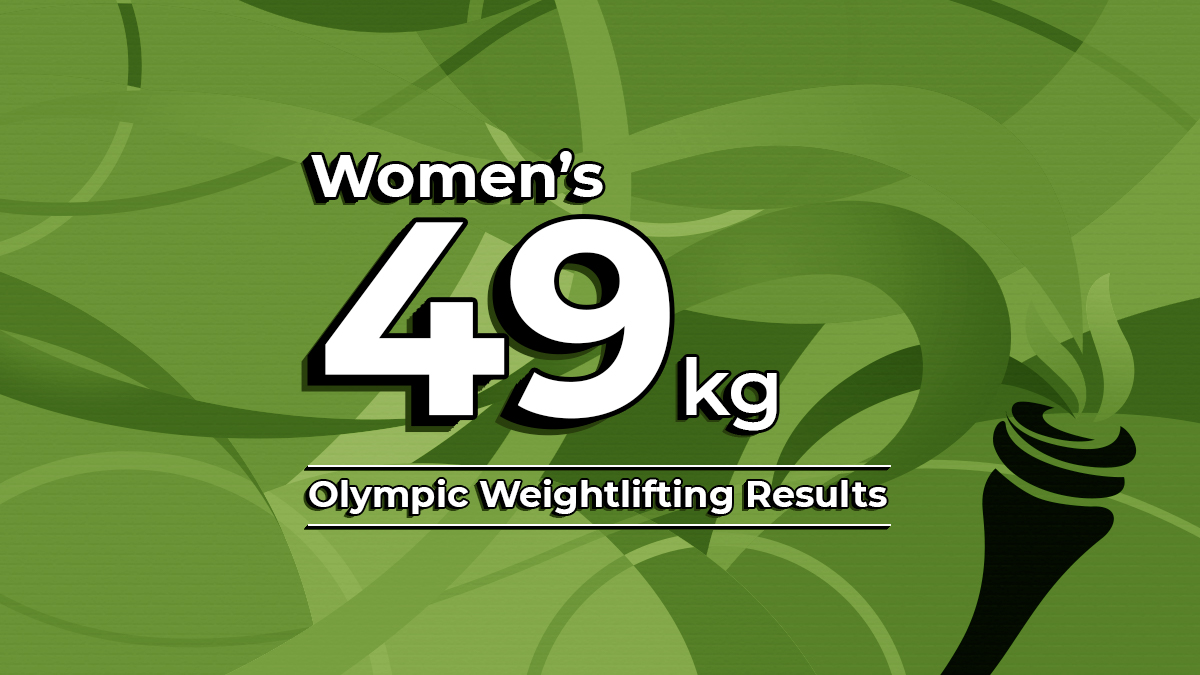 Here are the fourteen athletes in the Women’s 49-kilogram category who competed in Tokyo:

Heading into the event, the only medalist from the 2016 Rio Olympic Games was Miyake, who won bronze in the 48-kilogram class (new weightlifting categories were approved by the IWF in 2018). Zhihui entered the competition as the world recorder holder in the snatch and total. Chanu held the world record clean & jerk. All three records were scored at the rescheduled 2020 Asian Weightlifting Championships. They were the following:

At the conclusion of Group B, Montero Ramos was at the top of the standings with a 178-kilogram total — just two kilograms and five kilograms more than Piron Candelario. Sobol was the only athlete in Group B unable to post a total after failing to successfully hit a snatch attempt. Notably, her opening snatch attempt was 80 kilograms. Only Montero Ramos and Piron Candelario snatched more than 80-kilograms — their top snatches were 82 kilograms and 81 kilograms, respectively.

In Group A, Delacruz made an early move and upped her opening attempt from 80 kilograms up to 83 kilograms and hit it. Sterckx and Cantika Asiah both appeared to struggle, each scoring only one of their three snatch attempts. Hou Zhihui was the only lifter to lower her opening snatch attempt — 91 kilograms down to 88 kilograms. She upped it to 92 kilograms on her second attempt to set a new Olympic record. She bested that on her third attempt of 94 kilograms.

In the clean & jerk, Delacruz was unable to hit 108 kilograms on all three attempts and failed to total. Hou notched 114 kilograms on her second attempt to force Mirabai to have to beat her world record of 119 kilograms in order to potentially claim gold. However, the Mirabai was too far behind from the snatch and only went for 117 kilograms in her final clean & jerk attempt but missed.