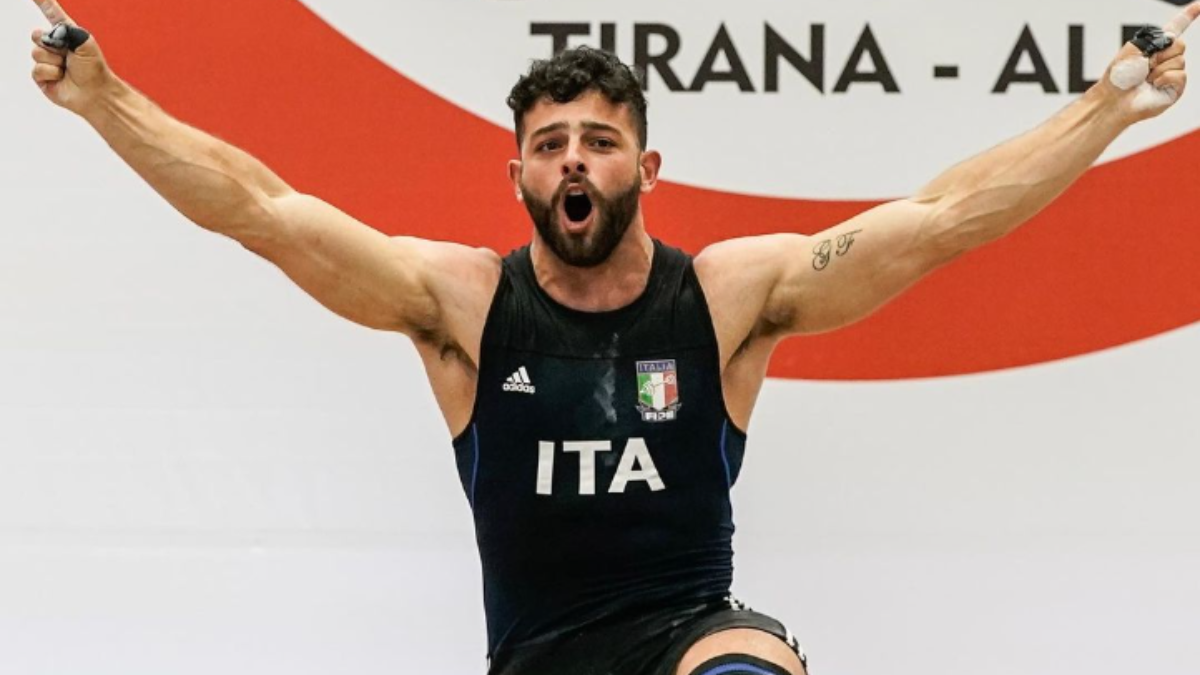 The competition season of weightlifting is in full swing. From May 28 to June 5, 2022, Tirana, Albania, played host to the International Weightlifting Federation’s (IWF) European Weightlifting Championships (EWC).

For nine days, the 100th inaugural EWC provided an opportunity for the best competitive weightlifters in the European region to test their mettle and set new World Records.

Below are the full podium results from the Men’s and Women’s categories, as well as some of the standout moments and athletes that helped give color to the competition 2022 EWC:

Below are the Women’s results from the 2022 EWC. The formatting refers to the athlete’s best snatch, clean & jerk, and Total, in order. For full session results beyond the three podium positions, refer to the EWF’s official Result Books.

Below are the Men’s results from the 2022 European Weightlifting Championships. Note that the formatting below refers to the athlete’s best snatch, clean & jerk, and Total, in order.

As expected, the depth (and breadth) of talent in Tirana helped make the 2022 EWC a fantastic weightlifting event, and listing every significant moment in Albania would be a tall order. Here are a few of the athletes that stood out from the crowd and made their mark on the record books.

There is perhaps no country with a more infamous reputation in the annals of weightlifting than Bulgaria. The Bulgarian system is renowned for its brutish and forceful methods of gaining inhuman amounts of strength and pushing its athletes to the limit.

Although the country took something of a hiatus from international competitions in the 2010s, Bulgaria made a particularly strong showing at the 2022 EWC.

[Related: Five of the Greatest Weightlifting Battles of All Time]

Notably, the male Bulgarian roster claimed at least one medal in every bodyweight category they partook in. They were absent from the 73, 96, and 109-kilogram classes. As a nation, Bulgaria bagged 23 medals, the highest number of any country in attendance.

That’s also four more than the 19 they won at the 2021 EWC, indicating that Bulgaria is making significant strides toward dominating the European region.

History-maker Emily Campbell took home her second overall win at the EWC in Tirana. The British weightlifter handily turned the Women’s 87-kilogram session into a battle for silver by winning the session outright with a 271-kilogram Total, a full 29 kilos ahead of runner-up Melike Günal of Turkey.

[Related: The Best Weightlifting Moments of the Tokyo 2020 Olympics]

Campbell, who has only been competing internationally since 2018, rapidly ascended to the top of Great Britain’s weightlifting roster. Mere months after the 2020 Tokyo Olympics, she won bronze at the 2021 World Weightlifting Championships (WWC).

Campbell’s performance at the 2022 EWC is a bit shy of her best competitive effort — 283-kilogram Total from the Tokyo Games — but it proves that, even on an average day, Campbell is still a force to be reckoned with in Europe.

Team Italy likely had the breakout performance of the event. Before the commencement of the 2022 EWC, Bulgarian sensation Karlos Nasar had posted a 390-kilogram Entry Total. Italian weightlifter Antonino “Nino” Pizzolato declared a pre-competition Total of 371 kilograms.

Both athletes were making their first official appearances in the 89-kilogram division, which is officially on the Olympic docket for Paris 2024.

The story on the competition stage played out somewhat differently, however. Pizzolato — whose previous best Total in competition was 370 kilograms at 81 kilos’ body weight — rocketed to the top of the podium by snatching 175 kilograms and clean & jerking a new World Record 217 kilograms, for a World Record in the Total of 392 kilograms.

Before the session began, 18-year-old Nasar was the presumed favorite to win in Tirana. His higher Entry Total, coupled with a knockout performance at the 2021 World Weightlifting Championships, had established that Nasar was likely to clinch the gold medal.

Pizzolato, who hadn’t competed internationally since the Tokyo Olympics nearly a year prior, seems to have been making the most of his off-season and newer, bulked-up bodyweight.

Despite the country’s ongoing turmoil and strife, Ukraine came to play at the 2022 EWC. Not only did they send the second-largest roster (19 athletes) to the competition, but they also won 21 overall medals, second in number only to Bulgaria.

Leading the charge on that front was 81-kilogram Iryna Dekha. Dekha won gold in both competition lifts (thanks partly to her signature power jerk technique) and the Total.

Her 253-kilogram Total was her highest performance since 2016 at the Junior World Weightlifting Championships, where she lifted a single kilo more.

Moreover, Dekha — who was last year’s European Champion at 76 kilograms — won by an impressive 18 kilograms overall and lifted 26 more kilos than the previous year’s 81-kilogram winner.

The Women’s 81-kilogram division is a confirmed category for the Paris Olympics, and Dekha is positioning herself as a serious contender there.

No weightlifter in history has held a heavier barbell over their head than Georgian super-heavyweight athlete Lasha Talakhadze. The two-time (2016, 2020) Olympic Champion and five-time (2015, 2017-2019, 2021) World Champion won his sixth European title in Tirana with a 462-kilogram Total.

However, Talakhadze registered something other than a perfect “six-for-six,” no-miss performance, in a rare glimpse of humanity. After finishing with 217 kilograms in the snatch, Talakhadze missed his second clean & jerk at 253 kilograms and opted not to take his third try.

Before this, Talakhadze had not failed a competition lift since the 2018 EWC, where he missed a 221-kilogram snatch.

On Jun. 6, 2022, Team Georgia’s athlete physician revealed on social media (Note: the video depicts the athlete suffering a traumatic injury on camera) that Talakhadze had suffered a thigh or groin injury just two months prior in April of 2022, an ailment that visibly plagued him onstage in Albania.

Nonetheless, to compete while injured and still perform well enough to win another European title speaks to Talakhadze’s tenacity and dedication to the sport.

71-kilogram Swedish weightlifter Patricia Strenius made the 2022 EWC into a triumphant swan song. Strenius is a competition machine — in her eight years as a professional weightlifter, she participated in a whopping 17 IWF events, often finishing in the top three to five in one of the more competitive Women’s divisions.

Despite finishing sixth after the snatches, Strenius came back from behind in a big way during the clean & jerks. She jerked 130 kilograms, a full 10 kilos ahead of silver medalist Lisa Marie Schweizer of Germany.

That lift secured Strenius her second European Championship title. She announced her retirement from competitive weightlifting shortly after on social media.

Midway through 2022, the sport of weightlifting has already seen many thrilling displays, as well as World Records set — and shattered. With the 2022 EWC wrapped up, athletes and fans turn their gazes forward.

According to the official IWF Calendar, the next big Senior regional competition is the 2022 Pan-American Championships, held from July 24-29 in Bogotá, Colombia.

Bogotá was also recently confirmed as the adjusted host site for the 2022 WWC. The exact dates for that competition are still to be determined by the IWF.