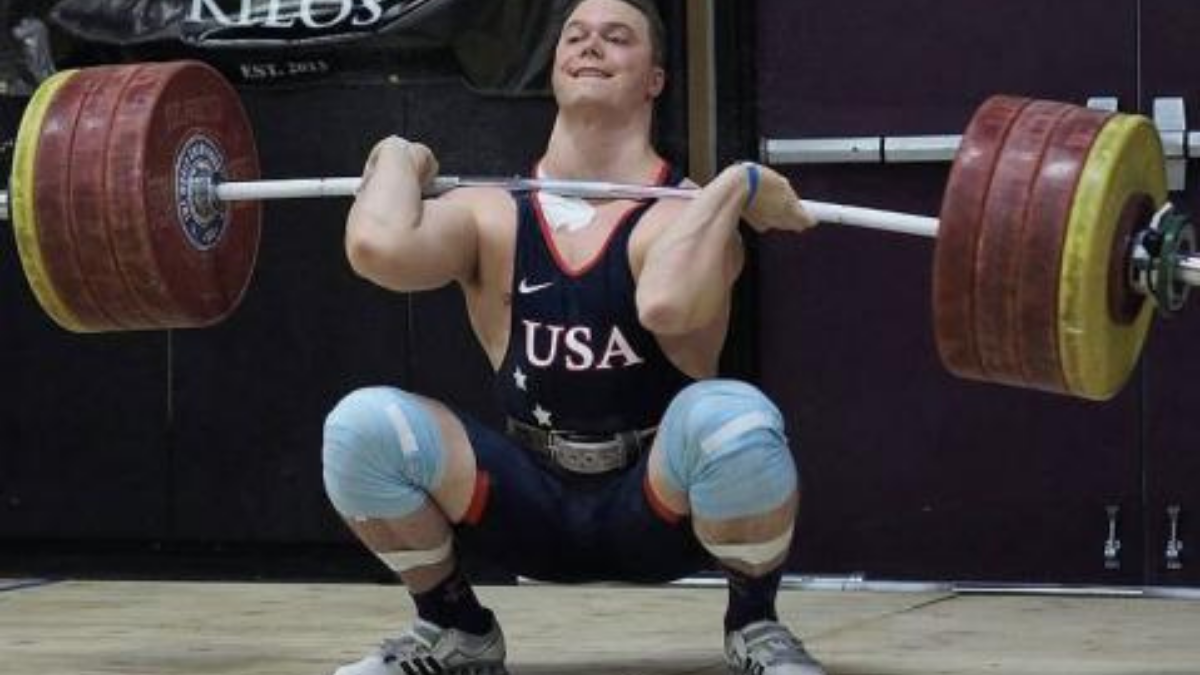 Wilson, a longstanding competitor for the United States, tested positive for several banned substances in accordance with both USADA’s and the International Weightlifting Federation’s (IWF) policies:

Note: Wilson tested positive for various metabolites which fall under the umbrella of the above compounds.

Wilson’s period of competitive ineligibility began on Jan. 5, 2022, following the results of sample tests which were originally obtained from an out-of-competition screen on Dec. 2, 2021. Wilson’s Anti-Doping Rule Violation (ADRV) originally carried a four-year sanction. In accordance with the USADA code, he reduced the length of his sentence by one year by admitting to the ADRV.

On the same day USADA made news of Wilson’s sanction public, he also posted a massive 187-kilogram (412.2 pound) snatch to Instagram, a personal best which he lifted while training in his garage gym. You can check it out below:

[Related: The Best Weightlifting Moments From the Tokyo 2020 Olympic Games]

Wilson has been a mainstay athlete in American weightlifting for over a decade and first began his career in the sport in 2006. At the 2010 American Open, Wilson — 16 years old at the time — became the youngest American in history to clean & jerk 182 kilograms (400 pounds).

He would retain that title until 2017, when then-69-kilogram lifter Clarence “CJ” Cummings Jr. jerked 185 kilograms (407.8 pounds) at the IWF Youth World Championships.

Wilson performed for Team USA after a four-year international hiatus during the 2021 IWF World Championships, held in Tashkent, Uzbekistan.

At his last IWF event, the 2017 World Championships in Anaheim, he finished in 15th place. Wilson improved his standing dramatically to rank fifth overall in Tashkent as a 109-kilogram athlete:

In accordance with USADA’s penalty, Wilson’s results and rankings from this competition are considered null as the competition took place in mid-December 2021, after his sample was collected for testing.

Wilson’s more recent 187-kilogram snatch wasn’t the only big lift he publicized on social media following his performance at the World Championships. On Dec. 25, 2021, he showcased a 215-kilogram (473.9 pound) clean & jerk and a 242-kilogram (533.5 pound) jerk from the blocks, one kilogram higher than the current clean & jerk world record held by 2016 Olympic Champion Ruslan Nurudinov of Uzbekistan:

[Related: The Top Strength Athletes in 2021]

By accepting a three-year probationary period away from competition, the 28-year-old California athlete won’t be making an appearance on behalf of Team USA until 2025 at the earliest. This functionally eliminates any possibility of Wilson making the Olympic team for the 2024 Games held in Paris.