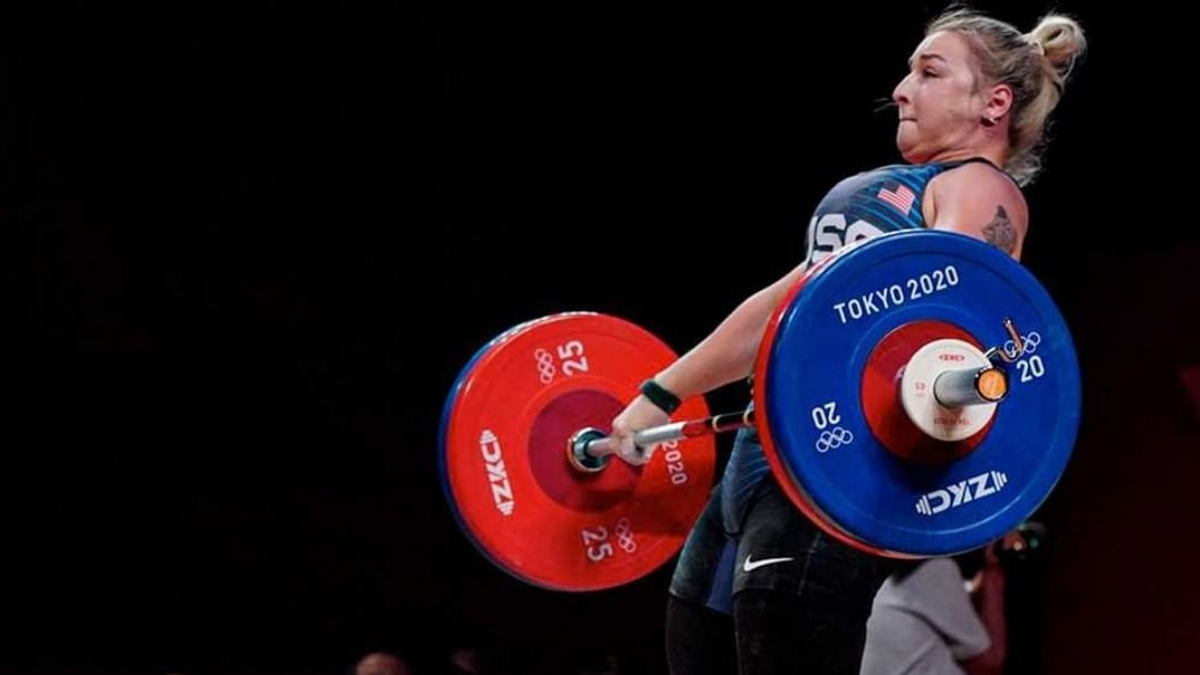 Nye, who is from Oakland Township, MI, is 22 years old and trains at Power & Grace Performance under Spencer Arnold. This is her first appearance in an Olympic Games. Neisi Dajomes won gold — becoming the first woman to win a medal for Ecuador — and Aremi Fuentes of Mexico won the bronze medal. Nye also set two American Records in the snatch and total. Here are the full results from the Women’s 76-Kilogram session.

Kate Nye has been a force on the American weightlifting scene for some time. She won a bronze medal at the 2016 Youth National Championships and has since then steadily improved as a Youth, Junior, and Senior both at the National and International levels.

She currently owns the American Record snatch, clean & jerk, and total in the Women’s Senior 71-kilogram division and the 71 and 76-kilogram Junior American Records in both lifts and the total. Nye’s 111-kilogram snatch is also a new American Junior and Senior Record at 76 kilograms; the previous record was 108 kilograms. Nye nearly had a successful 114-kilogram snatch during her third attempt. The referees initially ruled it good, but the jury then overturned it for letting go of the weight while it was still above her shoulders.

Nye’s total of 249 kilograms is also a new American Record. The previous record of 245 kilograms was held by 2016 Olympian Jenny Arthur, set in 2018.

Note: All the lifts above stand as both Junior and Senior records.