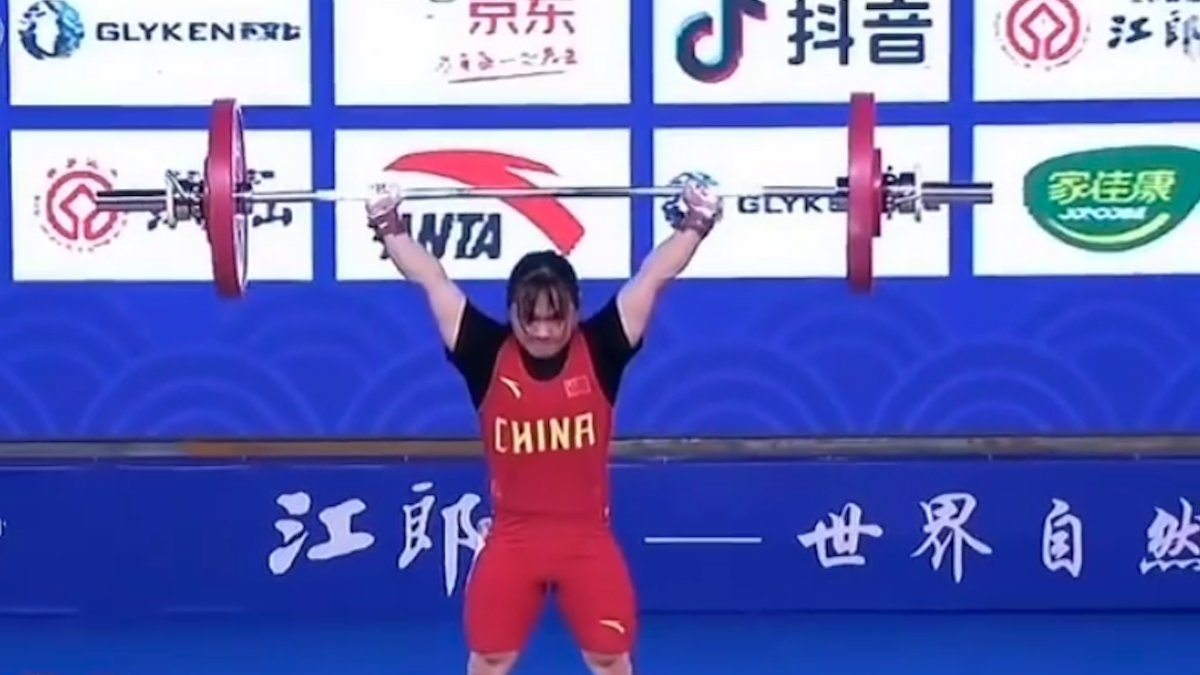 Team China is stacked with record-setting machines. Currently, 26 out of 60 world records are held by weightlifters from China. Chen Yarou, the 17-year-old who competes in the 45-kilogram weight class, is the latest addition to a team that has been decimating world records in the lead up to the 2020 Tokyo Olympic Games set to kick off July 23.

On May 10, at the 2021 Chinese National Weightlifting Championships in Jiangshan, Zhejiang, Yarou unofficially cleared the world record Yaroustandards in the clean & jerk and total by a kilogram. Here are her gold-medal stats from the event:

For clarity, the world records for both lifts and total at 45-kilograms remain vacant until an athlete scores them at an international competition. Check out her performance below, via the video link to CCTV’s coverage of the event from Reddit user bark_newan’s post:

As Yarou’s lifts were performed in a national competition, not an international competition, the Chinese clean & jerk and total records at 45-kilograms are now higher than the world record standards. The last time this happened was when 73-kilogram weightlifter Shi Zhiyong hit a 199-kilogram (438.7-pound) clean & jerk — a kilogram over his current world record — at the 2020 Chinese National Championship last October.

Yarou’s performance was perfect across the board, going six for six in attempts in the snatch and clean & jerk. Here was her full performance:

Although she was two kilograms shy of matching the world record standard for the snatch, her performance was still an impressive showing. Her speed under the barbell is worth a double-take. Take a look at her three successful snatch attempts below, courtesy of ShenZhen Weightlifting’s Instagram page:

[Related: The Best Barbells For CrossFit, Weightlifting, Powerlifting, and More]

Yarou now holds the Chinese national records for both lifts and total in the senior and junior divisions. She is also the only 45-kilogram lifter to surpass the world record standard for the clean & jerk and total in competition (again, unofficially). Suffice to say, it seems like China found another top-tier lifter capable of scoring records on the world stage when given the opportunity.