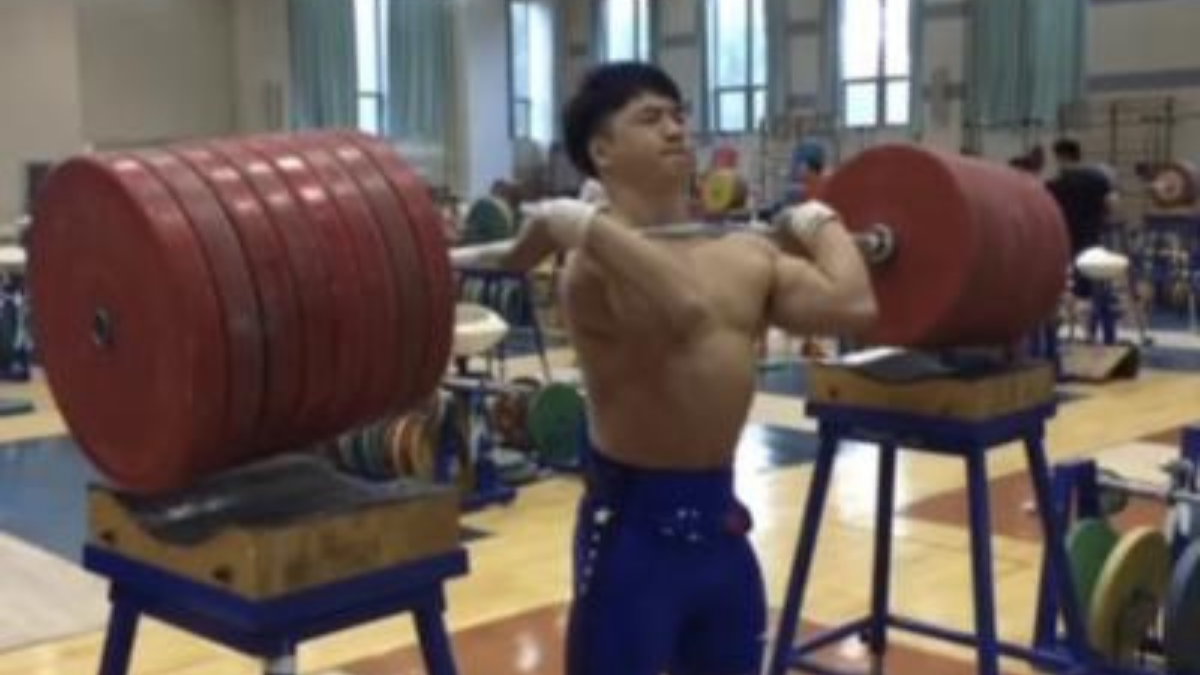 With over three years until the Paris Olympic Games, the sport of weightlifting is seeing some early shake-ups. On Feb. 7, 2022, Chinese weightlifter Tian Tao announced on Instagram that he will be coming out of his short-lived retirement to campaign for the 2024 Olympics as an 89-kilogram athlete.

In June of 2021, the winner of the 2019 World Weightlifting Championships in the Men’s 96-kilogram category declared on YouTube that he would be retiring from competition after he wasn’t selected by his country to perform in the rescheduled Tokyo 2020 Olympic Games.  Tao had also remarked on Instagram after Tokyo concluded that his final competitive event would be the 2021 National Games of China, which took place in September.

You can check out the post in which Tao claims he’s “coming for Paris 2024,” as well as further context about his prospects and how it affects the sport at large:

“This month I will return to the National Team, and compete as an 89-kilogram athlete,” Tao’s caption reads. “I hope you can continue to support me through this journey.”

Tian Tao has been a valuable asset to the most dominant weightlifting team in the world for nearly a decade. Since his first gold medal on behalf of China in 2014, Tao has partaken in multiple regional and World-level events. Following his silver-medal finish at the 2016 Olympic Games in Rio De Janeiro, in 2018 Tao made a big stride up to the newly-minted 96-kilogram weight class in an attempt to secure a bid to the Tokyo Olympics.

You can check out a list of his international medal finishes below:

He also set an Olympic Record in the clean & jerk at the Rio Games when he lifted 217 kilograms (478.4 pounds) at 85 kilograms bodyweight, the final record prior to the restructuring of the weight categories in 2018. Tao still holds the world record for the clean & jerk at 96 kilograms with a 231-kilogram lift.

Tao’s reemergence onto the competitive circuit is bound to shake up an already-crowded playing field. As of December 2021, the new unofficial — yet likely to be confirmed — weight classes for male athletes in Paris will make Tao’s new category extremely contested.

With the two adjacent Olympic classes from Tokyo (81 and 96 kilograms, respectively) no longer available, the medalists from those divisions could potentially move to the 89-kilogram class. This includes 2020 Olympic Champions Fares Ibrahim El-Bakh (96KG), Tao’s longtime friend and rival, as well as veteran teammate Lu Xiaojun (81KG), who quelled rumors of his retirement shortly after the Tokyo event wrapped up.

Despite facing extremely stiff competition and fewer seats at the table than the last Olympic cycle — weightlifting lost 76 athlete slots from its 2020 quota of 196 — Tao is no slouch with a barbell. The 27-year-old is known for carrying out some truly monstrous lifts, so it’s a safe bet that he’ll be a threat to the podium in 2022 and 2023.