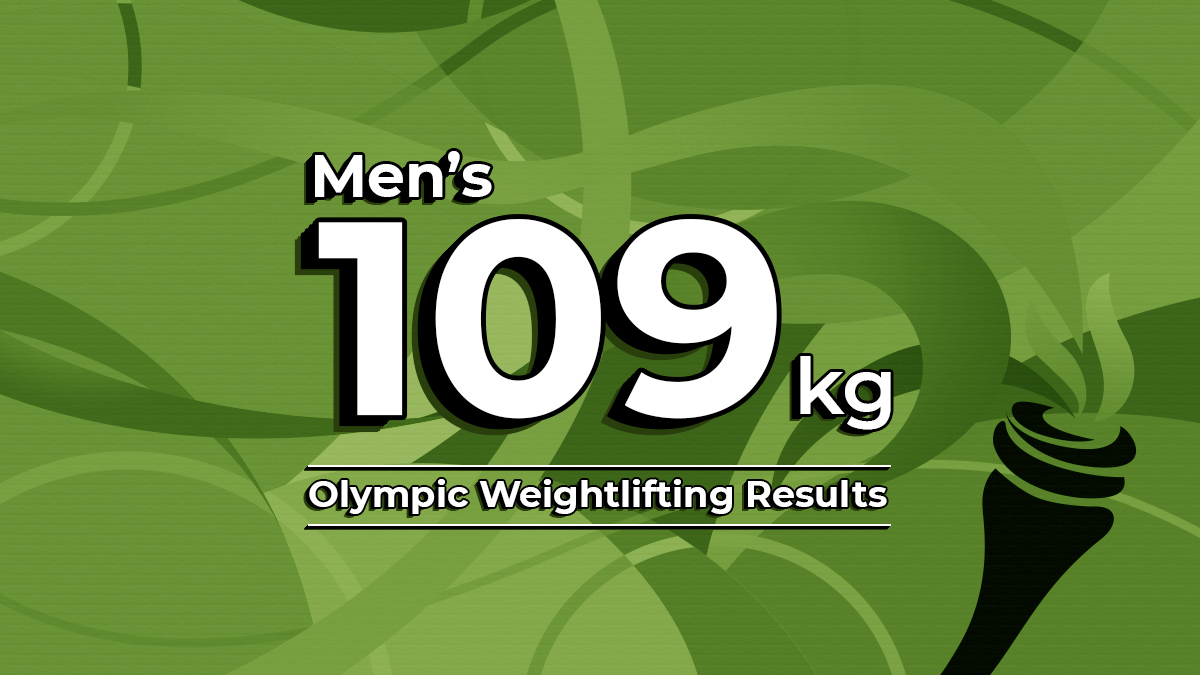 *Michalski withdrew from competition before the conclusion of the event.

Here are the 14 athletes in the Men’s 109-kilogram category who competed in Tokyo:

Heading into the Games, the lone returning medalist from the 105-kilogram class at the 2016 Rio Olympic Games was Martirosyan (new weightlifting categories were approved by the IWF in 2018). He also held the world record total coming into the event — scored at the 2018 IWF World Championships.

The snatch and clean & jerk world records were held by Yang Zhe of China and Ruslan Nurudinov of Uzbekistan, respectively. Neither were present in Tokyo.

Interference from the jury marked the first highlight of the snatches as Team USA lifter Kitts stood up 177 kilograms for his final snatch, faced three red lights, but was saved by the jury table after a review.

Alongside being a new competition best for Kitts, this represented another instance of extremely tight and sometimes controversial refereeing by the technical officials throughout the Tokyo Games.

The middle of the snatch portion proceeded quickly and cleanly, with an especially impressive effort from the Russian Olympic Committee’s Naniev on his final attempt at 188, taking all his might to steady the weight overhead while trying to stand and narrowly succeeding.

Djuraev of Uzbekistan tried to walk his first snatch at 189 kilograms while buried in the squat position but failed, forcing him to return to make the same weight on his second attempt instead of advancing heavier. He would be followed by the final athlete to appear, Armenia’s Martirosyan, who lifted 190.

Djuraev made up ground from his rocky start by commandingly lifting 193 on his third attempt, finishing in second place ahead of the Bulgarian, with Martirosyan firmly in the lead after nailing 195 kilograms, a new Olympic Record, on his second attempt.

Maritosyan took 198 kilograms on his third, but failed. Only two athletes out of nine — Iran’s Ali Hashemi and Naniev — made all three of their attempts in the snatch portion. Despite setting a new Olympic Record, Martirosyan stood ahead of the back by a lean two kilograms as the session proceeded to clean & jerks.

Third-place snatcher Hristov was the first to open in the clean & jerks, a rare occurrence to see an athlete so dominant in one movement initiate the second half of the session. The 20-year-old appeared shortly after to post a new personal best for his second lift at 219 kilograms.

Kitts wrapped up his campaign for the USA by hesitating at the last moment and failing to catch the bar on his final clean of 220 kilograms.

Naniev was denied his opener at 221 kilograms by the jury for very slight motion in the elbows. Put in a compromised position, he emerged again to take the weight on his second, was pinned twice by the clean, but saved the weight overhead in an extraordinarily deep split jerk.

Hristov made a tremendous effort at 222 kilograms, but was the latest athlete to have his lift revoked by the jury for yet another perceived elbow issue, leaving the athlete visibly enraged backstage. Michalski declared a withdrawal before coming out for his second jerk, tightening the clock and forcing Naniev to return sooner than intended, resulting in an incomplete clean at 224 kilograms.

Backstage advacements from Plesnieks and Yungseong brought Djuraev out early for his first lift, which he hit at 227 kilograms, establishing the first Olympic Record total. Martirosyan followed with 228, hitting his jerk just as easily and taking the record back.

Hashemi, crushed twice in a row by 226 kilograms, made a very brave advancement to 228, but collapsed in exhaustion after standing up the clean, resulting in no total. Yungseong would stumble similarly, falling to the platform after cleaning his third attempt at 230 kilograms.

Plesnieks, ranking sixth in the snatches, made a massive lifetime best at 230 to touch the podium for the first time at his third Olympic Games. Some backstage sleight of hand between Armenia and Uzbekistan colored the finale of the session as both contingents rapidly adjusted their declarations in an attempt to displace each other.

Djuraev got the short end of the exchange, returning earlier than necessary after failing his second lift, but somehow lifted 237 kilograms for a new Olympic Record and a temporary gold medal.

With the cardplay behind the curtain backfiring for Armenia, Martirosyan came out twice in a row to attempt 238 kilograms, but was unable to steal the gold medal back from Djuraev.