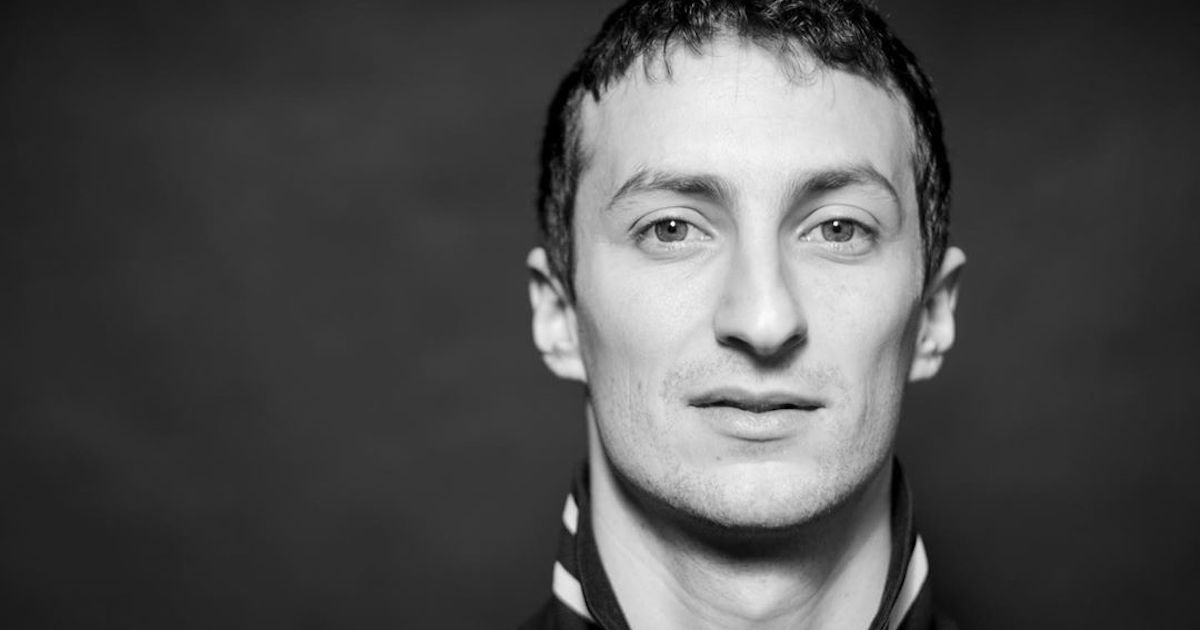 Innercity Weightlifting (ICW) is a nonprofit organization in Boston, Massachusetts that aims to “to reduce gun violence by amplifying the voice and agency of people who have been most impacted by systemic racism and mass incarceration.”

That mission takes place in the gym.

The founder of ICW is Jon Feinman. He received an MBA from Babson College in 2010, the same year he started ICW. He is the recipient of the Ernst & Young 2015 Entrepreneur of the Year Award® in the New England region and was named one of the Greater Boston Chamber of Commerce 2014 Ten Outstanding Young Leaders.

We had the opportunity to talk to Feinman about his introduction to weightlifting, what inspired him to start ICW, and the difficult conversations around race that he believes need to happen in order for the systemic issues around race to improve. Check out the full interview below:

[Related: Op-Ed: The myth of “natural talent” as a cover for racism in (strength) sports]

Before ICW, Feinman worked with voluntary civil society program AmeriCorps and had established a lucrative career as personal trainer. During his time at AmeriCorps, he was specifically told to stay away from people who identified as members of a group called MS-13.

It was through his background in soccer that he had the opportunity to meet people for who they were as individuals and bypass the “scary stereotype that captures a specific moment in time but not the context of the person or their family.”

He recognized that “there weren’t very many programs that they could participate in” due to being kicked out due to their gang affiliation or the programs’ unwillingness to adapt to those individuals’ life circumstances.

I saw this void in resources…for people who completely and profoundly changed my perception.

The Art and Science of Weightlifting

Feinman’s  introduction to weightlifting came from his drive to be a competitive soccer player. He knew he’d have to find his way in the gym because he stood 5’2 and weighed approximately 112lb.

I had to take strength training and conditioning seriously in order to compete.

Once in the gym, he found a peace of mind in an environment he could control. A stark contrast from the chaotic nature of day-to-day life outside the weight room.

“Everything should be rooted in [science]”, says Feinman when dissecting his appreciation for personal training, “but there is also an art to coaching”. Relationships are unique with each client and need to be managed as such to build a trust that can achieve results.

By the age of 24, he was a full time personal trainer coaching 56 sessions a week, which did not leave him time for much else.

It was uncomfortable for me to think at the age of 24 that this was it for the next 46 years.

Weightlifting as the Bridge

After several conversations with clients and specifically about one at risk youth in particular named Elexson Hercules, Feinman recognized that weight training could be “used as a medium to engage with people that society otherwise told us to avoid.”

Building ICW, however, came with a share of difficulties.

Who was I, this white guy from Amherst, to do this work?

Much of his early feedback revolved around the idea that Feinman had “no idea what he was doing” and he agreed. He did not have much in the way of shared experience with ICW’s would-be students who have done time in jail, been involved in gun-related violence, and grew up in poverty-stricken households.

The idea that I somehow know something…that if other people do as I do, that’s going to work without realizing that these systems are around us. We’re in them, whether we like it or not.

Feinman’s admittance of “not knowing what he’s doing” enabled him to listen, both collectively and individually, to those who ICW was ultimately intended to serve. Those connections helped propel ICW’s growth in its first year.

Initially, ICW was slated to be a weightlifting program that would help athletes qualify for high level competition such as the Olympic Games and score college athletic scholarships. That did not quite pan out.

Feinman explained that the idea that weightlifting was somehow going to help those in difficult economic and social circumstances, “who have been shot and paralyzed, going in and out of jail, people lost to the streets” was “ridiculous”.

Weightlifting did nothing. What it did do though, was give us an excuse to reach out to people that we were told not to.

That excuse led to the building blocks of a 4-stage model that ICW uses to this day.

[Related: Op-Ed: How gyms can compensate trainers through social distancing and beyond]

A career track in weight training weaves the four stages together.

Weight training as the means to reach out allowed Feinman to build the relationships and the trust with individuals who would become students in the program.

The deepening of that trust lead to partnerships with those students who could then see potential options for a better future. Through ICW, students could receive help with certain foundational needs, such as the support and the means to acquire an I.D.

There’s [issues] we can’t solve like housing and certainly systemic racism, but we can absolutely be a partner there for someone.

Flipping power dynamics by having people from affluent backgrounds pay for training sessions with ICW students creates the social capital to “no longer be reduced to a number or label.”

They are not a “criminal” or “gang member”. They’re a fitness professional.

Personal training is an inherently intimate profession, where trainers and clients are in training session together that doubles as an hour-long conversation (or however long each session is).

You get to know each other. You become friends.

As those friendships grow, the trainers do for their clients what they did for Feinman — profoundly changing their worldviews.

“They’re giving people new insights into complex social issues and our own unintentional or intentional behaviors that perpetuate [them].”

In turn, those clients turned friends expand the students’ networks, paving the way for future opportunity.

In addition to potentially garnering ICW students higher paying jobs and opportunities, whether it be through corporate clients such as John Hancock, Boston Consulting Group, Drift, and Amazon, stage IV also enables ICW to execute the mission of amplifying the voices and agency of those who have been impacted hardest by systemic racism.

Currently, ICW is doing virtual training that both people and companies can sign up for. As a nonprofit organization, donations are always welcome.

“It’s got to start with this uncomfortable admittance and awareness that we’re playing a part in everything we’re seeing today. At some point, if we really want change, some people are going to have to sacrifice the ease with which they’ve been living. That’s been coming at the cost of a lot of people based on this country’s history.”

USA Weightlifting Moves to Hawaii Ahead of 2020 Olympic Games. Here’s Why