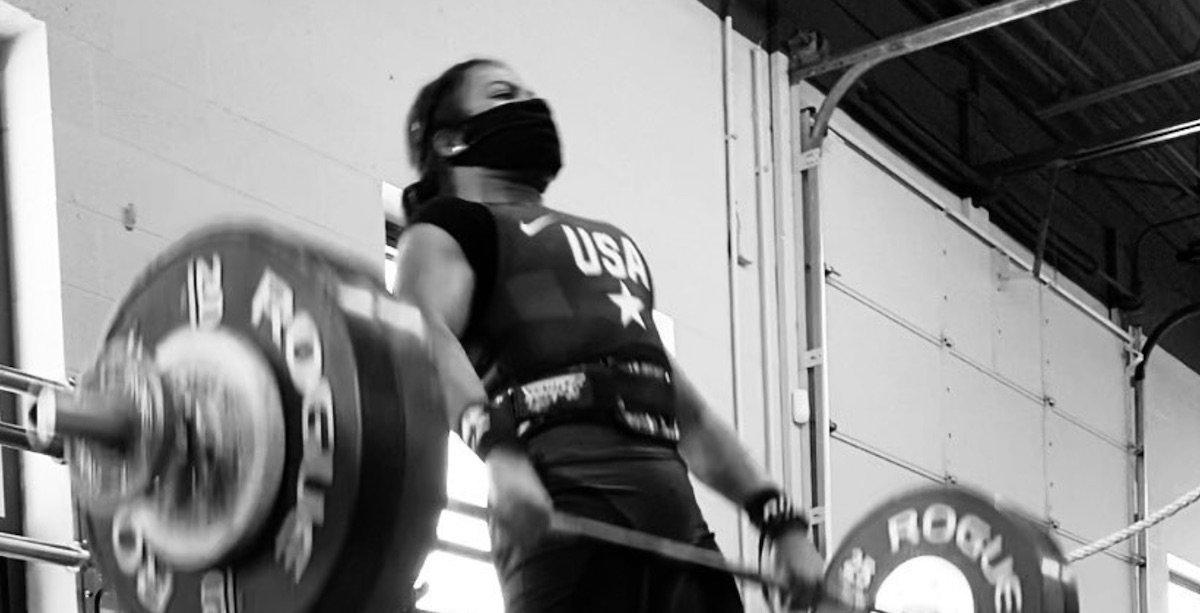 Over this past weekend history was made, as the 2020 Pan American Cup became the first-ever International level Weightlifting Competition held exclusively via the internet.

Athletes had cameras setup in their home gym or training center, and everyone was connected to a Zoom conference call. They each took 3 attempts in the snatch and clean & jerk to post the best total they could. Officials from the United States, Japan, Turkey, Bangladesh, Great Britain, and more judged the lifts like in any other weightlifting competition.

The event was hosted by the Pan American Weightlifting Federation (PAWF) with assistance by the International Weightlifting Federation (IWF) and sponsorship by barbell company ZKC. The local time of the event was based on the location of Lima, Peru (equivalent of North America’s Central time zone). Most of the athletes were based out of North, South and Central America or nations in the Caribbean. There were also athletes from France, New Zealand and Uzbekistan participating.

There were different nuances to this event than in a normal competition. First the format was that of rounds, where each athlete took an attempt before any athlete took their next attempt. In a regular competition, it is not unusual for an athlete to follow themselves two or even three times in a row.

There were no juries present, and there were no records set. Medals were awarded in the snatch, clean and jerk and total; and they will be mailed out this week to the victors. That being said, the event did have plenty of big lifts that were exciting to watch!

Team USA’s Mattie Sasser was the only American entered in the online competition. Lifting out of her home gym in Kansas City, MO, she successfully made all 6 of her lifts.

This included a 97KG snatch, a 122Kg clean and jerk and a 219KG total in the 71KG category. This category was nothing short of spectacular as Sasser was narrowly edged out of the overall gold by 2019 Pan American Games Champion Mercedes Perez of Colombia.

Perez also was successful on all 6 of her attempts and totaled 220KG with a monstrous 124KG clean and jerk for the overall victory. In the bronze position was Team Uzbekistan’s Kumushkhon Fayzullaeva. The 2018 Youth Olympic Champion had the added disadvantage of competing at roughly 1AM her time, and still finished on the virtual medal stand.

Of note, Sasser was one of the few (and as far as we know, only) athlete who competed with a mask on for her attempts. Also wearing masks were her coach Jessica Lucero and all the loaders at their gym. We believe no other athletes competed with a mask on, however other coaches from Canada, Cuba and Mexico were seen coaching their respective athletes while wearing masks. Coach Lucero confirmed: “Mattie work a mask because you legally have to right now in Kansas City and it is protocol in public gyms here.”

As a spectator of this event, the competition had a great flow thanks to the work of commentator and event host Richard Mason of Winnipeg, Canada. Over the last decade, Mason has become the recognized English speaking voice of international weightlifting the world over. He also has an award-winning career in television production, which makes sense because this event had the flow and feel of watching a television show.

Mason did the same job as a competition announcer would do at a normal event. He also played the role of a host, keeping the audience informed and entertained at the same time. During the snatch and clean & jerk portions of the event, Mason had special guests call in and he would interview them and discuss relevant topics in Weightlifting.

The two interviews that I saw were with Phil Andrews, USA Weightlifting’s (USAW) CEO and treasurer of the PAWL and Richard Pound, a Vice President of the International Olympic Committee (IOC) representing Canada and the first President of the World Anti Doping Agency (WADA). Both men discussed the current happenings in weightlifting at the International Level with Mason, along with opportunities where they see the sport improving over the next few Olympic cycles.

IWF Acting President Ursula Papandrea told Inside the Games that they are already planning a global mixed gender team competition online,and that she was very pleased with the PAWF event.

This event was similar to online competitions that USAW have conducted this year due to limitations from the COVID-19 pandemic.

“It is a much bigger task, though, to go international, and I am happy to see this spearheaded by the Pan American region.

One common issue that was brought up on the message board quite often was that the corresponding YouTube channel did not feature the scoreboard often enough for spectators to keep track of the competition. Another issue was that the video quality was not the same coming through for all athletes. Granted that this was the first time an international event was set up featuring multiple countries in multiple time zones; entirely over the internet, the expectation is that these issues will be corrected in the future.

Next weekend the Oceania Weightlifting Federation (OWF) will be hosting a similar online weightlifting competition with the winners receiving Eleiko barbells as prizes. The entries are entirely submitted via email, and results will be published on July 31st, 2020 after reviews are finished.