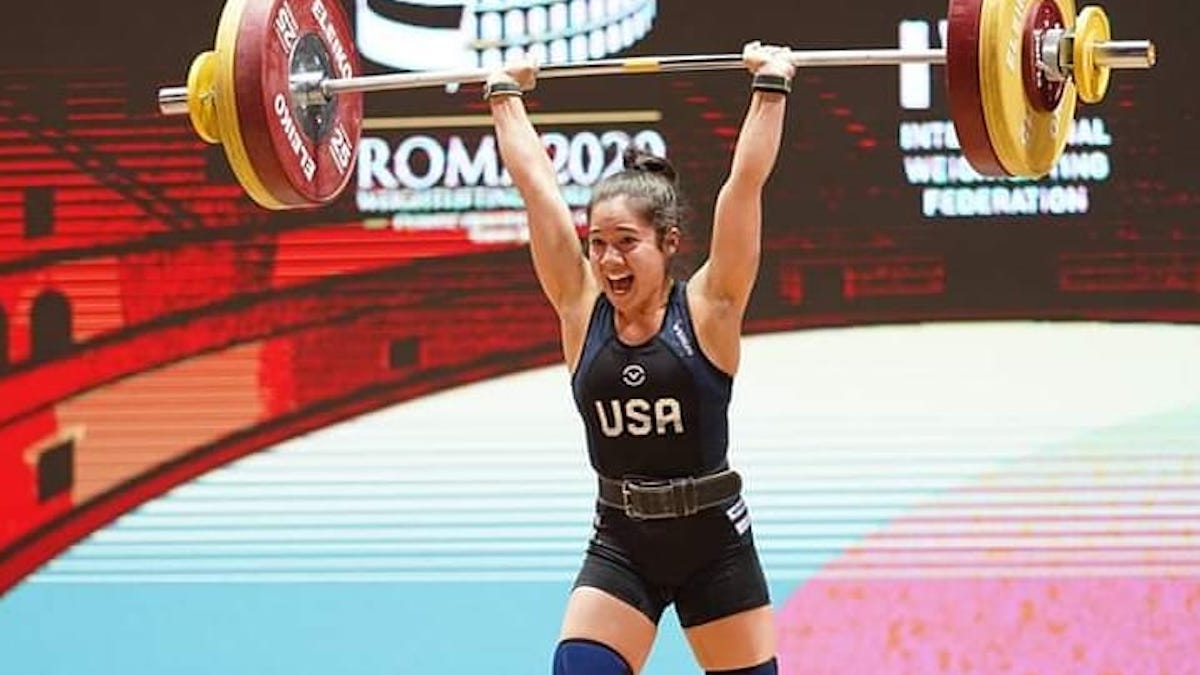 Incredible. Jourdan Delacruz had quite possibly one of the finest international performances by any American lifter in the past 30 years at the rescheduled 2020 Pan American Championships on April 20, 2021, in Santo Domingo, Dominican Republic. The Team USA weightlifter claimed every American record and every Pan American record en route to ascending the podium with three gold medals around her neck. Here are each of her attempts from the competition where she went a perfect six for six in the 49-kilogram weight class:

She now holds all of the American records in both the 49-kilogram and 55-kilogram weight classes. Check out her performance below courtesy of USA Weightlifting’s Instagram page:

Taking a closer look at each of Delacruz’s lifts, the clean & jerks were all quite smooth. Considering her final clean & jerk was over twice her body weight, the speed with which she front squatted up to the rack position was quite impressive. The only noticeable hiccup was a slight wobble at the bottom of her third snatch, but she maintained balance and stood up cleanly.

Delacruz previously set all three Pan American records at the 2020 Weightlifting World Cup in Rome, Italy. They were:

She bested her previous American record snatch at 49-kilograms by two kilograms and improved her clean & jerk record by three kilograms. She is the first American in the 49-kilogram class to hit the milestone total of 200 kilograms (440.9 pounds) — an improvement of five kilograms over her previous total record.

Delacruz was not the only Team USA member to put on a clinic at the 2020 Pan American Championships, which officially take place from April 19-24, 2021. Cecily Kyle claimed gold in the 45-kilogram class and extended the American record clean & jerk to 96 kilograms (211.6 pounds).

The 2020 Tokyo Olympic Games are currently scheduled for July 23 through Aug. 8, 2021. Given how strong Team USA looks, the podium could very well end up carrying the American flag in multiple divisions.

5 Simple Cues for a Better Deadlift