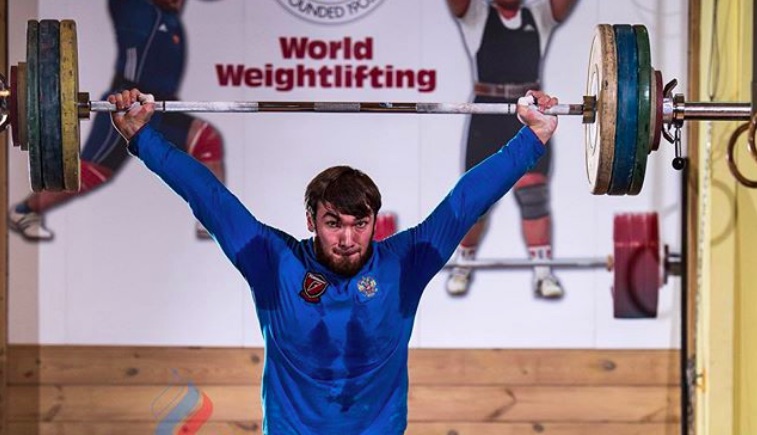 The New York Times points out this announcement is coming four years after the original 2014 Sochi Winter Olympics scandal. The 2014 scandal in reference includes the expose detailing Russia’s state-run doping program that involved 15 medal winners from the Sochi Winter Games.

“For too long, Russian doping has detracted from clean sport. Russia was afforded every opportunity to get its house in order and rejoin the global antidoping community for the good of its athletes and of the integrity of sport, but it chose instead to continue in its stance of deception and denial.”

USA Weightlifting’s CEO Phil Andrews also went on the record after the ban was announced:

“It is extremely important that the World Anti-Doping Agency (WADA), and the sporting community take a hard look at other nations that may be engaging in similar crimes against sport as Russia, and similar sanctions be directed to them.”

Following the announcement of Russia’s latest four-year ban, they now have 21 days to submit an appeal to the Swiss based Court of Arbitration for Sport.

The New York Times and other reports suggest Russia will more than likely refute the ban due to how they”steadfastly deny many of the allegations, even after several independent investigations that have revealed a welter of evidence against it,” from past and present events.

Despite being banned for four years, some countries and officials have expressed that this sanction is not enough of a punishment. At the 2018 PyeongChang Winter Olympics, individual Russian athletes who had not faced doping allegations were able to compete as neutral parties. This meant they were unable to raise the Russian flag upon winning medals.

If the latest ban is upheld, some Russian athletes not tied to doping allegations may be able to compete under a neutral flag.

“The WADA ban, subject to the appeal, leaves the door open for athletes to represent Russia under a reasonably vague title of ‘those not implicated by the non-compliance’. This will likely lead to a similar operation to that currently seen in World Athletics, or that seen at the PyeongChang 2018 Winter Olympic Games whereby an athlete may appear as a neutral athlete subject to approval.”

The ruling to allow Russian athletes to compete as neutral parties at yet another Olympic Games was a product of the punishment detailed by British lawyer Jonathan Taylor, who has chaired the WADA’s Compliance Review Committee since 2017. In addition to ruling that Russian athletes have to compete as neutral parties at the 2020 Tokyo Olympics, Taylor also documented more punishments for Russia, including:

In the New York Times report, Travis T. Tygart, chief executive of the United States Anti-Doping Agency, commented: “To allow Russia to escape a complete ban is yet another devastating blow to clean athletes, the integrity of sport and the rule of law. And, in turn, the reaction by all those who value sport should be nothing short of a revolt against this broken system to force reform.”

On the topic of weightlifting specifically, at the 2016 Rio Olympics, Russian weightlifters and weightlifting officials were completely barred from competition due to the ruling announced in late July of that year, which was in response to Russia violating Article 12.4 in the IWF’s Anti-Doping Policy. That policy states:

“If any Member Federation or members or officials thereof, by reason of conduct connected with or associated with doping or anti-doping rule violations, brings the sport of weightlifting into disrepute, the IWF Executive Board may, in its discretion, take such action as it deems fit to protect the reputation and integrity of the sport.”

The 2016 news came soon after a report detailing that seven more athletes had tested positive during the retesting period from the 2008 London Summer Games and the 2012 Beijing Summer Games.

As of now, Russia has only two spots available for them at the 2020 Tokyo Olympics due to the new Olympic Qualification System that the International Weightlifting Federation (IWF) implemented in an effort to improve clean sport practices. The IWF has yet to go on record commenting about the Court of Arbitration for Sport’s latest ruling. It’s unclear if any Russian weightlifters will ultimately compete in Tokyo if the ban is upheld.

Russia now has 21 days to submit an appeal to the Court of Arbitration for Sport to contest their 4-year ban.

Members of the IWF Independent Disciplinary And Ethics Commission Announced