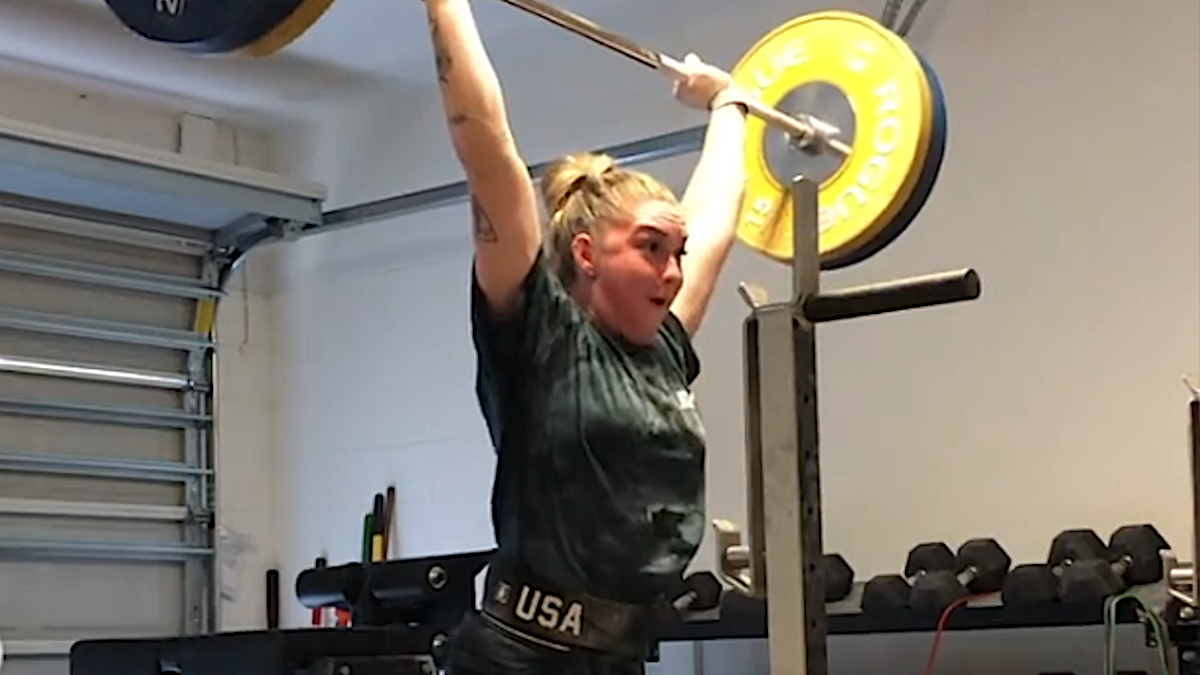 Team USA member Mattie Rogers will represent the USA at the 2020 Tokyo Olympic Games, where she will compete in the 87-kilogram class. The Games kick off on July 23, 2021, and her division is scheduled to compete on Aug. 2, 2021. With only a few weeks before stepping onto the world stage, Rogers took to her Instagram page to share a video of her push pressing 110 kilograms (242.5 pounds).

She followed up with a dance move(s) attempt, and the social media judges are still deliberating if there is such thing as a dance move PR. Check out Rogers lift below that appears to be in a garage gym:

Note: swipe left to the second video to see the PR. Stay on the first video to watch Rogers’ epic dance moves.

We’ve done some cool shit in the last couple years, but putting ~25 kilograms on my push press might be the coolest.

Rogers has been on an absolute tear in the lead-up to the 2020 Tokyo Olympic Games. Competing at the 2021 USA Weightlifting (USAW) Weightlifting National Championships (June 26-July 4, 2021), Rogers scored three new American records in the 81-kilogram class (a non-Olympic weight class) with the following lifts:

Check out her performance below if you have not yet seen it, courtesy of BSSTRENGTH’s YouTube channel:

Her snatch in that event was a single kilogram over the previous record she also set just two months prior at the rescheduled 2020 Pan American Championships, where she competed in the 81-kilogram class:

Her performance can be seen in the video below, courtesy of the Pan American Weightlifting Federation YouTube channel:

[Related: 5 of the Greatest Weightlifting Battles of All Time]

Rogers and the rest of Team USA have traveled to Hawaii to train before traveling to Japan to make it easier to acclimate to the time zone difference before the Games begin. Hawaii is also the closest place in the USA to Tokyo and provides a direct flight there.

The 87-kilogram class, which Rogers will compete in at the Games, will make its Olympic debut in Tokyo — it was one of the weight category changes approved by the International Weightlifting Federation (IWF) in 2018. Here are the other weightlifters Rogers will compete against:

All the world record standards for the 87-kilogram class still stand:

And since this is the first Olympic Games since the IWF reorganized the bodyweight categories in 2018, the Olympic Record standards also stand:

We’ll see if any of the above weightlifters make a world record attempt in Tokyo. If Rogers lands on the podium, hopefully, she busts out her dance moves.