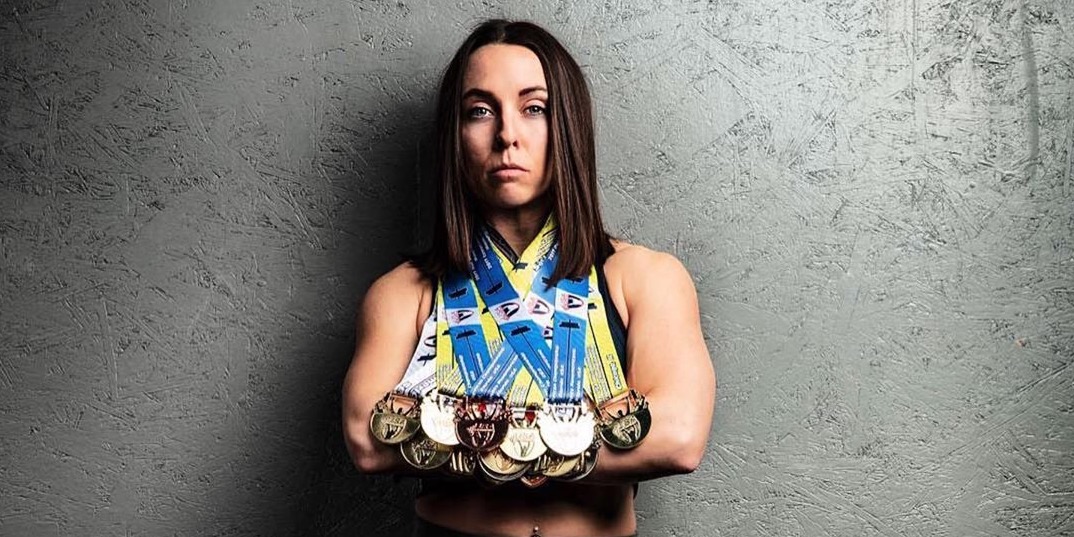 Alyssa Ritchey is a Team USA weightlifter who competes in the -49kg weight class. She swept gold at the 2019 Pan American Championships where she set United States and Pan American records in both the clean & jerk and total: 107kg/236lb and 190kg/419lb, respectively. She has also been in contention for a spot on Team USA’s weightlifting team for the 2020 Olympic Games, the full roster of which is scheduled to be announced in May.

But the 31-year-old just announced that her future in the sport may look different than she was originally planning. On her Instagram page and on her podcast, The BittyStrong Podcast — if it isn’t showing up at that link you can listen to it on Spotify — she revealed a diagnosis of Hashimoto’s disease, a form of hypothyroidism.

As she explains it on her podcast, she has been struggling with her energy levels, depression, appetite, carpal tunnel, brain fog, and other symptoms of the disease for years, and she finally decided to order a blood test on December 12th. The results returned on December 23rd to reveal a blood panel with one lab value not within normal limits.

Ritchey’s thyroid stimulating hormone (TSH) was elevated to 8.74 milliunits per liter (mU/L). (The normal range is between 0.5 and 5.o mU/L.)

‘How could this be happening to a healthy human being?’ I asked myself. There are two obvious reasons why this was happening to me. Number 1: because my weight cuts are very tough and I was doing this to myself. Or number 2: there’s an antibody present in my body that’s attacking my thyroid. I was praying it was my weight cuts, because then I wouldn’t have to deal with an autoimmune disease for the rest of my life.

After another blood test to confirm, she learned in February that she did indeed have Hashimoto’s disease: her TSH was over 10 and antibodies were found in her blood.

Her boyfriend Ben Irvine — himself a nurse anesthetist — advised her to withdraw from the Malta International Open, a meet taking place between February 28 and March 1st. Ritchey has found weight cuts difficult in the past, failing to make weight at all this past November at the IWF Grand Prix, and it was felt that her body didn’t need the extra stress during this time.

Dropping out of Malta, however, would mean that Ritchey would concede her last opportunity to secure a spot on Team USA for the 2020 Olympic Games.

After a week of taking Levothyroxine, a synthetic replacement for the thyroid hormone normally produced by the body, Ritchey says she’s happier than she’s been in years: “I have my energy and my zest back.”

She concluded the podcast with a list of resolutions, including a decision to get a food sensitivity test (gluten and dairy can sometimes exacerbate the condition) and to “no longer make any weight cuts in the -49kg weight class.”

She didn’t quite confirm that she’s no longer vying for a spot on the Olympic team. But however this year shakes out for Ritchey, we wish her all the best moving forward.