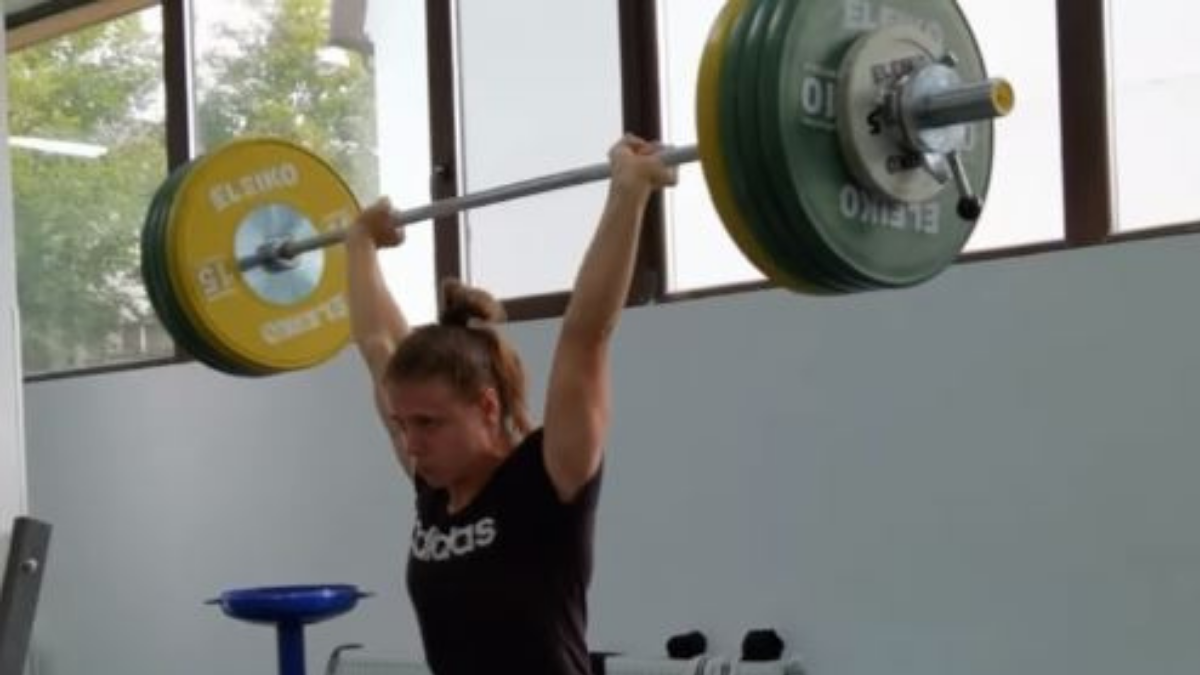 When it comes to the sport of weightlifting, it’s all about power. And when Romania’s Loredana Toma lifts, power is on display. The four-time European Champion recently posted a video to Instagram showcasing a near-double-body-weight power clean, followed by a swift push press with 120 kilograms (264.5 pounds) on her barbell.

Toma, who has historically competed in weight categories between 58 and 64 kilograms (127.8 and 141 pounds, respectively) for Romania, is currently suspended from international competition. In the summer of 2021, her country’s member federation was found to have committed excessive drug-related infractions and was prohibited from joining International Weightlifting Federation (IWF) events for a period of one year.

Regardless, Toma appears to be training as hard as ever. You can check out her lift below, and read on for some extra context about how she pulled it off and her career at large:

[Related: The Best Weightlifting Shoes for Squats, CrossFit, and More]

As a competitive Olympic lifter, Toma is judged on her strength in the snatch and the clean & jerk. As such, while the power clean is acceptable, her push press in this video would not be considered a valid lift at a weightlifting competition. Athletes are forbidden from “pressing out” their arms and must drive their barbell from the rack position to overhead in one smooth motion.

Still, the push press is a common accessory movement in Olympic lifting. It forces the athlete to utilize as much of their leg strength as possible, as they are not able to re-bend their legs to “catch” the barbell in a high squat.

The Power of Powers

Both recreational weightlifters and international superstars like Toma use “power” variations to spice up their training. Olympic lifting programs can be extremely taxing on your leg strength, and the movements themselves require a lot of technical practice. Therefore, variations come with several great benefits for any weightlifter.

By performing a variant — in this case, the power clean to push press instead of a standard clean & jerk — Toma is able to train hard and heavy without putting too much stress on her lower body. Catching the bar in a high squat spares her some quad and hip fatigue while still allowing her to practice her overall technique.

The best way to get better at the clean & jerk is to practice the lift itself. That said, the clean & jerk is a heavy, full-body movement that can be taxing. For an athlete like Toma who regularly flirts with world-record caliber lifts, performing too many full clean & jerks may be excessively tiring.

The power clean is identical to the standard clean in every way except the height at which you catch the bar. A push press has the same dip-and-drive technique and timing as any type of jerk. By performing both together, Toma gets to double-down on refining her form without loading up the heaviest weights.

“Power” variations are named as such because they force the athlete to move their barbell as high as possible. While a “tall” bar is an asset in weightlifting, athletes like Toma will almost always receive their heaviest cleans in a deep squat.

The power clean is a great way to reinforce the need to pull on your barbell as hard as you can. That mechanical efficiency should carry over to a max-effort clean & jerk. The same principle applies to the push press and the jerk.

Although she was sidelined from competing at the Tokyo 2020 Olympic Games at the last minute, Loredana Toma has racked up plenty of her own medals since her first win at an IWF event in 2011:

Note: Toma served a two-year suspension from 2014 to 2016 for testing positive for Stanozolol.

Per the IWF’s official website, all three of the world records in the 64-kilogram category are currently held by Chinese athlete Deng Wei — 117 kilograms in the snatch, 145 kilograms in the clean & jerk, and a 261-kilogram total.

Toma has chased the world records for several years, with her international bests being:

Despite her country’s competitive sanction, a power clean and push press of 120 kilograms proves that Loredana Toma is hard at work in the gym. As she was Romania’s only eligible weightlifter to qualify for Tokyo prior to the suspension, Toma, who is 26 years old at the time this article was written, is likely looking towards making a run at the 2024 Olympics in Paris.