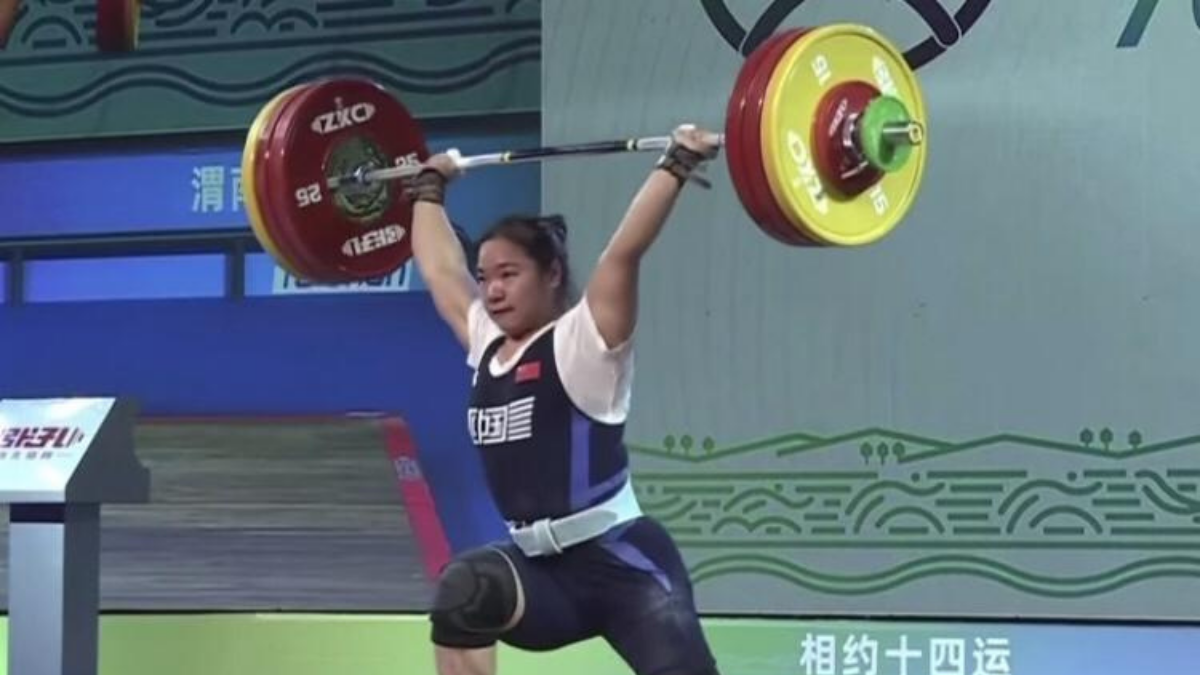 China is known for its dominant presence on the international weightlifting stage, a trend that continues when its doors are closed to the rest of the world. On Saturday, July 18, 2021, 76-kilogram lifter Xiang Yanmei set both a new Chinese national record and an unofficial world record in the clean & jerk with 157 kilograms (346.1 pounds) at the National Games of China in the Shaanxi province.

The official world record — 156 kilograms (343.9 pounds) — is held by Yanmei’s fellow teammate Zhang Wangli. She set the record at the 2019 International Weightlifting Federation World Cup, which also took place in China that year. You can check out the footage of her performance below, courtesy of Shenzhen Weightlifting:

[Related: The Best Weightlifting Shoes On the Market]

Yanmei pulled out this tremendous lift after she narrowly missed out on a snatch medal. She totaled 275 kilograms (three kilos below the current world record) alongside her 118-kilogram snatch, which did tie for third in raw weight lifted but was relegated to fourth position as another lifter hit the same number first.

While Yanmei doesn’t necessarily make headlines as often as Team China’s superstar athletes such as Lu Xiaojun, Shi Zhiyong, or Deng Wei, she’s has been a force on the Chinese roster for multiple decades.

The 29-year-old took home silver at a previous National Games — in 2009 while competing in the now-eliminated 75-kilogram Women’s category. At the 2021 event, Yanmei competed against and beat athletes who had possibly not even touched their first barbell while she was racking up medals at national competitions.

Yanmei’s tenure on the Chinese roster is validated by a lengthy resume of national and international wins, from the regional Asian Championships up to the Olympics.

Note: In weightlifting, the overall winner is decided by the highest Total, which is achieved by combining the athlete’s best snatch and clean & jerk together. The Olympic Games do not award medals for the lifts separately.

Earning multiple gold medals at the National Games is particularly impressive. To give context to the gravity of the competition in China, the top six finishers in Shaanxi would have beaten every athlete in the 76-kilogram Tokyo Olympics session except for current Olympic Champion Neisi Dajomes.

The National Games of China are an opportunity for athletes like Yanmei — who are both highly competent with a barbell and immensely strong in general — to showcase their abilities when not selected to represent the country abroad.

Delays related to the COVID-19 pandemic have shuffled the schedule for international weightlifting. The 2021 IWF World Championships are to be held in Tashkent, Uzbekistan, in December of 2021. China will likely look to the high performers at their Games when selecting their roster for Worlds, and Yanmei’s performance in Shaanxi might have just bought her a ticket to the big show.