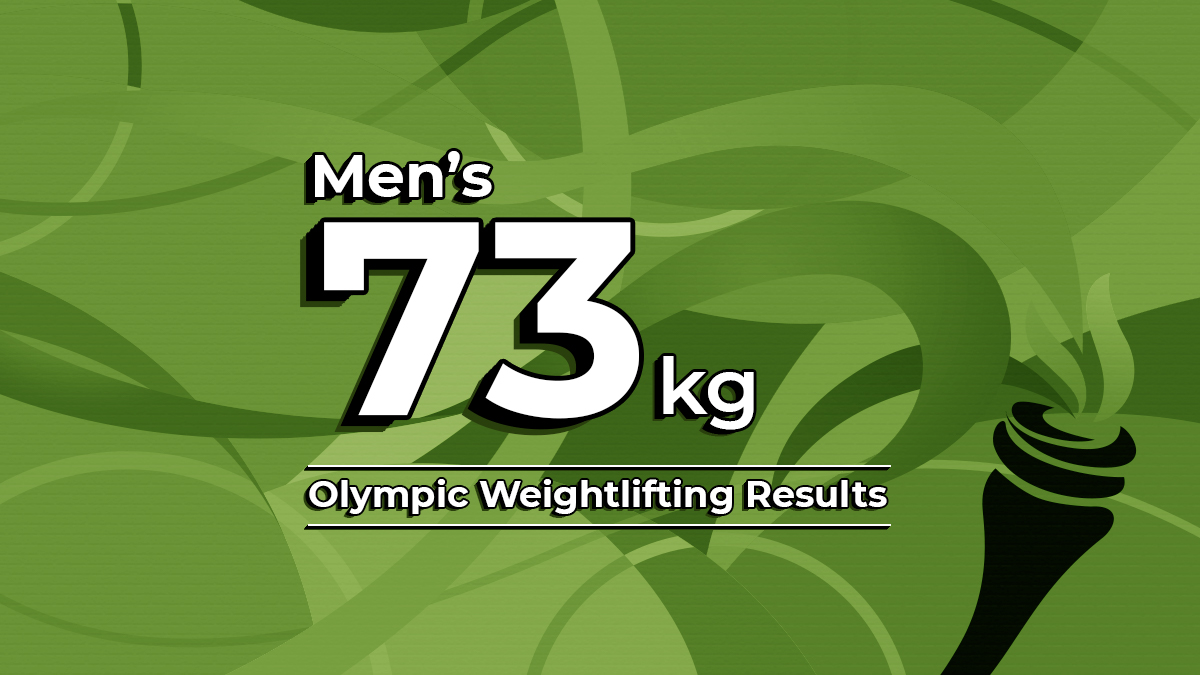 Here are the fourteen athletes in the Men’s 73-kilogram category who competed in Tokyo:

Shi Zhiyong was the 2016 Rio Olympic Games gold medalist in the 69-kilogram class (new weightlifting categories were approved by the IWF in 2018).

Heading into the Games, he also held all three world records in this class. He scored the snatch at the rescheduled 2020 Asian Championships, the clean & jerk at the 2019 IWF World Cup, and the total at the 2019 World Championships.

A strong performance (152/190) from Indonesia’s Abdullah in the B Group set high expectations for the athletes in the A Group. A pair of clean openers from Lopez of Spain (142) and Japan’s Masanori (143) preceded the appearance of Team USA’s Clarence “CJ” Cummings Jr., who missed his first lift at 145 kilograms.

Cummings Jr. would follow himself and take the same weight again. He stood it up with some visible wobbling in his left elbow, was initially awarded three white lights, but was called over the PA system as a no lift by the jury. In an extremely bizarre occurrence, moments later the jury reversed their call a second time and awarded him the lift. Cummings Jr. would go on to miss his third attempt at 150 kilograms, remaining in the competition by the grace of the jury.

The remaining athletes rocketed up into the mid 150’s, with Andreev of Bulgaria finishing at 154, Robu of Moldova at 155, and Mayora of Venezuela completing 156 on his final attempt before the first appearance of presumed favorite Shi Ziyong of China.

The triple-world-record-holder and Olympic Champion handily completed three successful snatches at 158, 163, and 166 kilograms, the latter two being new Olympic Records.

Early in the clean & jerks, lifters Lopez and Robu had completed their attempts, leaving the remaining competitors to battle in the 190-kilogram area. Cummings Jr. appeared early to post 180 kilograms, ensuring his total, but failed his second attempt at 190 kilograms, a massive leap in an attempt to stay competitive for a medal.

Ziyong of China, after posting 188 kilograms on his first, heaved 192 on his second but was denied by the jury for soft elbows. Masanori, competing for host country Japan, went for a do-or-die lift at 196 kilograms to achieve a medal, but couldn’t stand up the clean.

With only three lifters remaining, Cummings Jr. declared a ludicrous 198 kilograms. The 21-year-old gave it his all, but couldn’t successfully clean the weight, guaranteeing bronze to the Indonesian from the B Group.

Shi appeared for his third attempt to leave no question for the jury with his 198 kilogram jerk, claiming his gold medal. Venezuela’s Mayora loaded 199 for the final lift of the day, a truly gutsy effort, and although he didn’t stand up his clean, he celebrated his silver medal achievement with an onstage backflip.